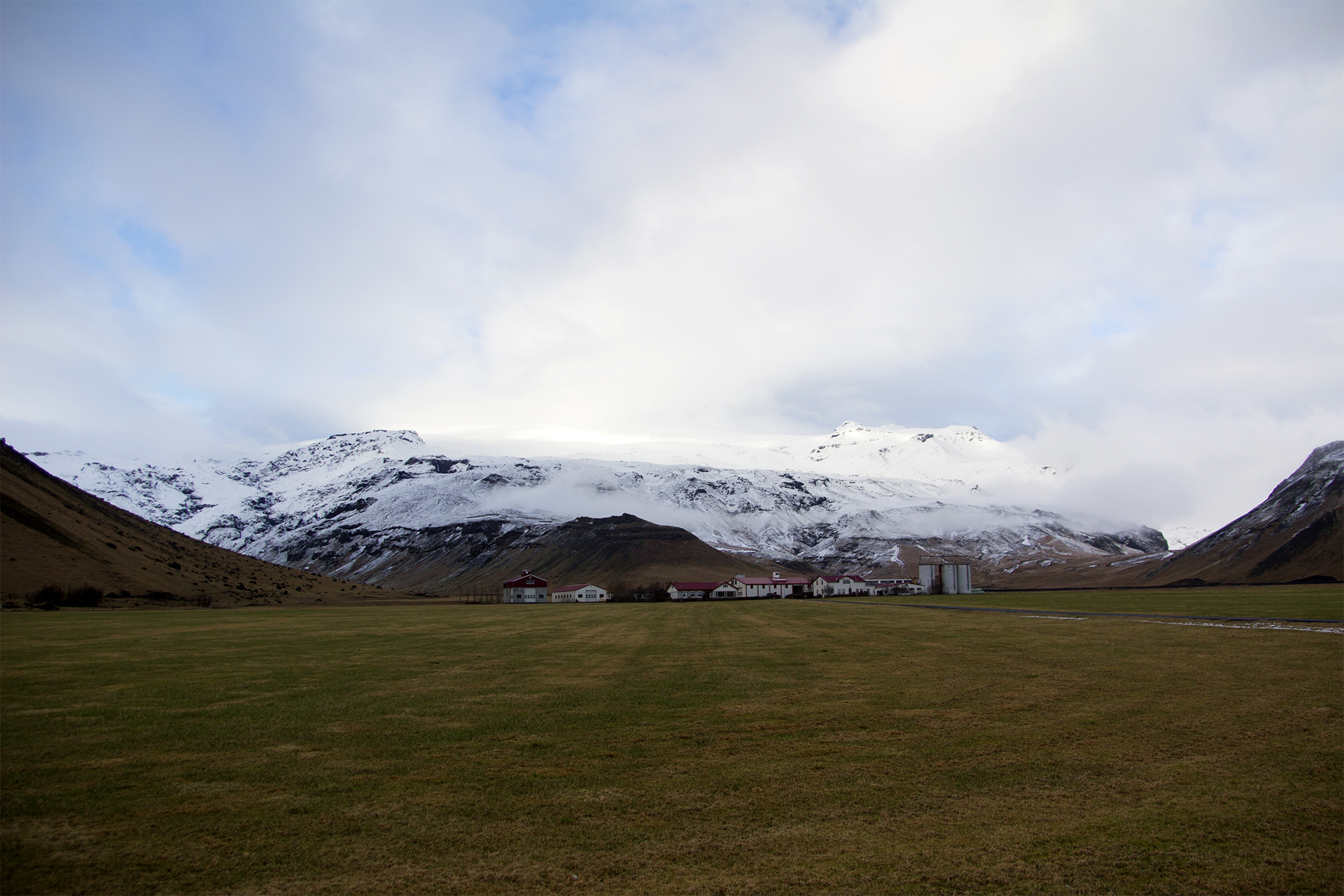 Since childhood, volcanoes have always impressed us. Their diversities is very interesting. What fascinates us most is to find the primitive side of the earth. To know how the landscape has formed and Iceland is the best place to discover what we are looking for.

We were very clear between us. We do not wish to depend on a travel agency because we want to be independent on our trip. Go where we want, when we want it. Freedom is very important to us but we have spotted the places to be inspired by the suggestions of travel agencies

The first idea was to leave with a simple backpack but it soon turned out that we would never have survived the trip. In our suitcases, we put on clothes for the negative temperatures, to wash, a sleeping bag for the negative temperatures and survival kits (In case we should sleep in the car by -20°C).
we took our plane tickets on Wow Air. It's a low cost company but we have not encountered any surprises.

Then we booked a car at Blue Rental Car which has a five star service! We received a clean car and we did not have to clean it before returning it. By cons, as for any rental car, it must be returned with the full diesel.
If you want to go around the island in winter, we strongly recommend taking a 4x4. We crossed several cars "classic" on the low side because they lacked grip.

After drawing our itinerary, we have more than to reserve the accommodations. In Iceland, airbnb is regulated to limit the influx of tourists. But no worries, we have always found a place to sleep. The varied prices from 60 to 100 €.

When we arrived, we did not rush to the adventure. We took the time to take our bearings with the local culture. Reykjavik is a young and multicultural city. We have located the streets where are the bars, souvenir shops, cultural places, ... to enjoy when we return at the end of the trip.

The next day, we drove as far as Geysir through the Thingvellir National Park. The landscapes are breathtaking. Our first kilometers were in a lunar landscape where there was no trees.

Geysir is currently extinct. It is his little brother, Strokkur, who is the most active at the moment. We had to wait about 10 minutes between each eruption. What we remember from the site of Geysir, in addition to the incredible height of the geyser (about 30 meters), the smell of sulfur is very strong and can sometimes take your throat (Especially in you placed you very close to Strokkur). Beware of water that can reach between 80 and 130°C !

Gullfoss is a waterfall located in the canyon of the Hvítá. They have the distinction of descending into a wide "staircase" in three stages in a crevasse 32 meters deep. The flow of water is impressive and can reach 140 cubic meters per second!

For the second night, we found a refusal in Laugaras with a very welcoming Icelandic family. We took advantage of the snowstorm that fell during the night to walk around and discover the snowy landscape left by the Ölfusa

For the second night, we found a refusal in Laugarás with a very welcoming Icelandic family. We took advantage of the snowstorm that fell during the night to walk around and discover the snowy landscape left by the Ölfusá

Visit the surroundings of Katla volcano

Þríhyrningur is a mountain near Katla volcano. The summit of this mountain rises to 678m. We could not get there because of the closed road.

Seljalandsá offers a series of several waterfalls side by side. Gljúfrabúi (40m high), nicknamed "the hidden waterfall", offers us a unique experience where we can go closer by plunging into the narrow valley !
For the bigger one, Seljalandsfoss (60m high), its peculiarity is that a path extends all around and allows us to have a view from the back of the waterfall.

On the road to Skógafoss, you will inevitably pass in front of the bra fence. It started as a joke when the land owner did hang her bra on the fence and from there other people driving through started to do the same, so by time more and more bras where put on the fence. Now there are a lot of brassieres on the fence in all sizes and colours. If you are passing by and you like to free the nipple this is the place.

Eyjafjallajökull is one of the smallest icecaps in Iceland. It covers the caldera of a volcano whose altitude is 1651m and has a crater 3 to 4 kilometers in diameter, open to the north.
It is not without reminding that it erupted from March to June 2010 and that it caused the closure of the airspace in Europe.

If you pass Skógafoss, you can not miss it. From the top of its 60m, 25m wide. The amount of water is so impressive, that a rainbow can form in the mist!

On the road to conquer the East

Our first step was the visit of the Douglas DC-3 located in the vast area of Sollheim.
It is a US Navy plane, that was flying across the area in 1973; until recently the US had a NATO base at Keflavík, as Iceland has no armed forces of its own. It seemed to run out of fuel - although it was later discovered that the pilot had, in fact, switched to the wrong fuel tank - and had to make an emergency landing.
Thankfully, no one was killed or injured, although the plane was far too damaged to be repaired.
The wreckage is not expected to remain there for long - considering the regular glacial floods that rush through the area - it is fine to touch it. It is not recommended that you climb on it, however, for safety reasons.

After having traveled a little more than 300 km since the beginning of our trip, we stopped at the Dyrhólaey lighthouse to enjoy a magnificent view of the black beach, as well as the Mýrdalsjökull glacier or the rock arches. Near these arches (or continuously on Route 218) you can see Atlantic Puffins!

Continuing on Route 1 and then to the end of Route 215, you will arrive at Reynisfjara Beach.

Formerly, it was Iceland's largest bridge (880m long) and overlooked Skeidará. In 1996, Grímsvötn volcano erupted, melting glacier portions and causing massive floods. While the girder bridge was built to withstand a significant amount of flooding, there was no preparation for house-sized icebergs that flooded the plain. A number of these icebergs crashed on the bridge, sweeping it easily.

Formerly, it was Iceland's largest bridge (880m long) and overlooked Skeidará. In 1996, Grímsvötn volcano erupted, melting glacier portions and causing massive floods. While the girder bridge was built to withstand a significant amount of flooding, there was no preparation for house-sized icebergs that flooded the plain. A number of these icebergs crashed on the bridge, sweeping it easily.

Close to this monument, you can organize a hike to Svartifoss. Besides, if there is one of the most beautiful waterfalls in Iceland! Unfortunately, we did not have enough time to complete this hike and had to continue our way to Höfn!

If there was a must-see tourist spot, it's a glacier tour! Not only because the presence of a guide is mandatory, but also because it takes very special vehicles to get there.

It is in the North-East of the island that we met Julien and Charlotte. Two French people touring the world.

In the Hverir area, there are numerous small smoky chimneys and boiling mud pots, surrounded by sulfur crystals of all colors. This sulfur gives the region an overwhelming smell of egg. The acidity of the soil prevents any vegetation.

It is at the foot of the Hverfjall volcano that we met by the greatest chance for the second time of the day. We walked together to the top of the volcano, 200m high and a crater about 1 km in diameter!

On the advice of our French friends, we visited Grjótagjá Cave. At the beginning of the eighteenth century, the cave was used for bathing.

Until the 1970s Grjótagjá was a popular bathing site. But during the eruptions from 1975 to 1984 the temperature of the water rose to more than 50°C, though the temperature is slowly decreasing and has fallen below 50°C again. The nearby lava cave of Stóragjá is being used as an alternative bathing site.

On the road to Akureyri

The fourth largest city in Iceland. Capital of the region Norðurland eystra.

On the road we passed the impressive falls of Godafoss. We will remember that we have not kept more than 10 seconds without our gloves because of freezing cold.

The end of the trip is approaching and we must take the road to Reykjavik. We decided to go along the north and west coast. Which gave us beautiful landscapes and unexpected encounters.

For our last day on Reykjavik, we ate at Chuck Norris Grill where we met a fellow Belgian. We also visited the Perlan to learn more about the aurora borealis Island. After a walk around the Laugardalur washing pools, we went back to the city center to buy our souvenirs, shoot the last pictures, drink our last beers and most importantly drink excellent soup at Icelandic Street Food!